Installing a central compressed air system begged the question “What useful things can we do with compressed air?” One of the first ideas was to make a clone of the Dyson Airblade type hand dryers for the bathroom, to eliminate those dirty shop hand towels.

The basic concept is to have two flat air nozzles aimed at each other, replicating the Dyson, except supplied by compressed air rather than a vacuum cleaner type blower. The first prototype was made on the manual mill, out of  1cm aluminum bar, and simply plugged into an air line. It only provided one out of four required nozzles, but running it over a wet hand proved the principle. 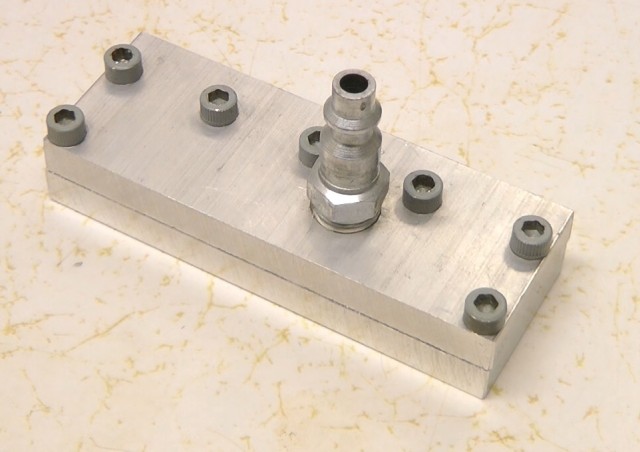 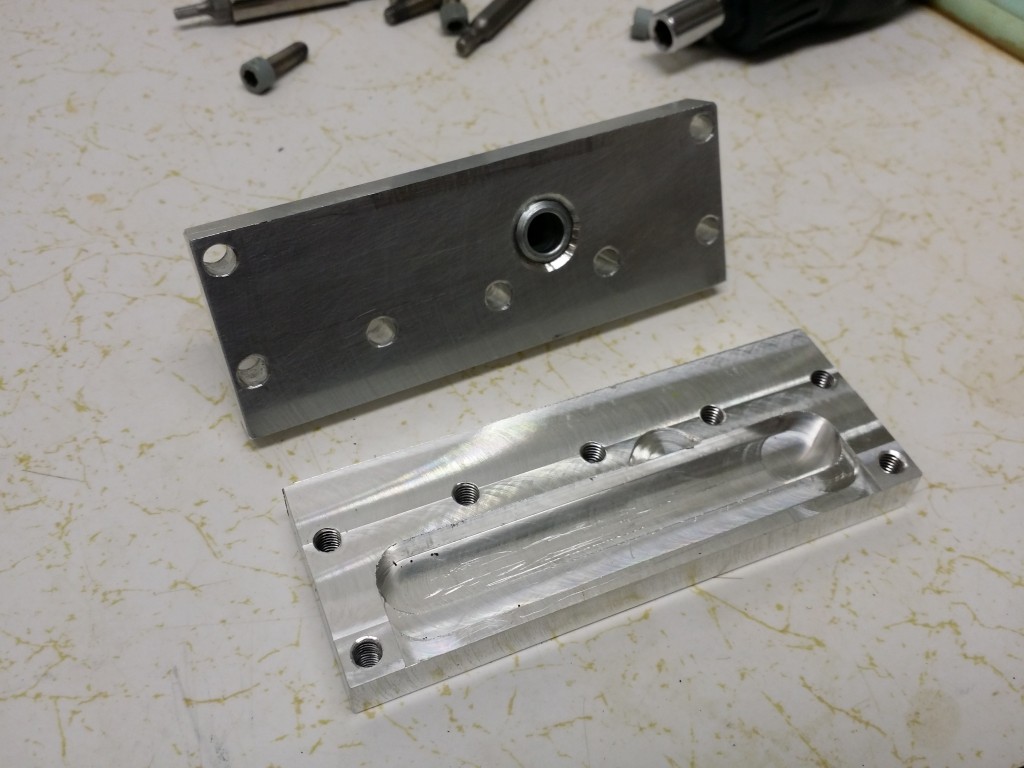 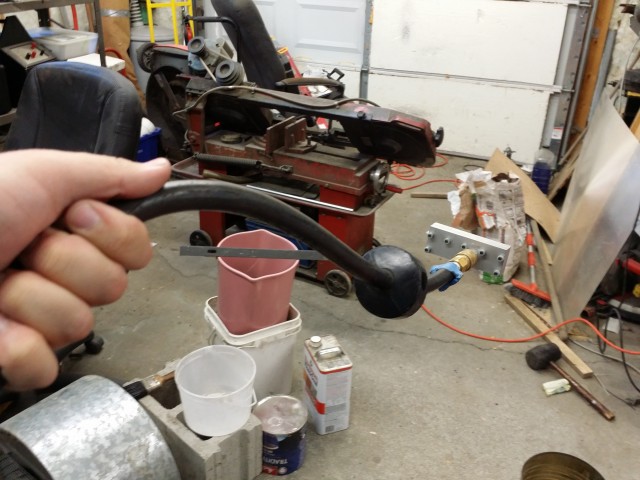 The concept proven, the entire dryer was modeled in Solidworks. The width of the air nozzles and hand space between the nozzles was selected based on the size of a typical hand, Small protrusions were added in an attempt to keep the skin from getting too close to the high velocity air near the nozzles, but these caused the air to “stick” to them and go straight down or straight up, and had to be removed later.

Airblade Solidworks Model These models need to be updated with the new air nozzle gap of 50um as well as have the protrusions in front of the nozzle removed or modified. 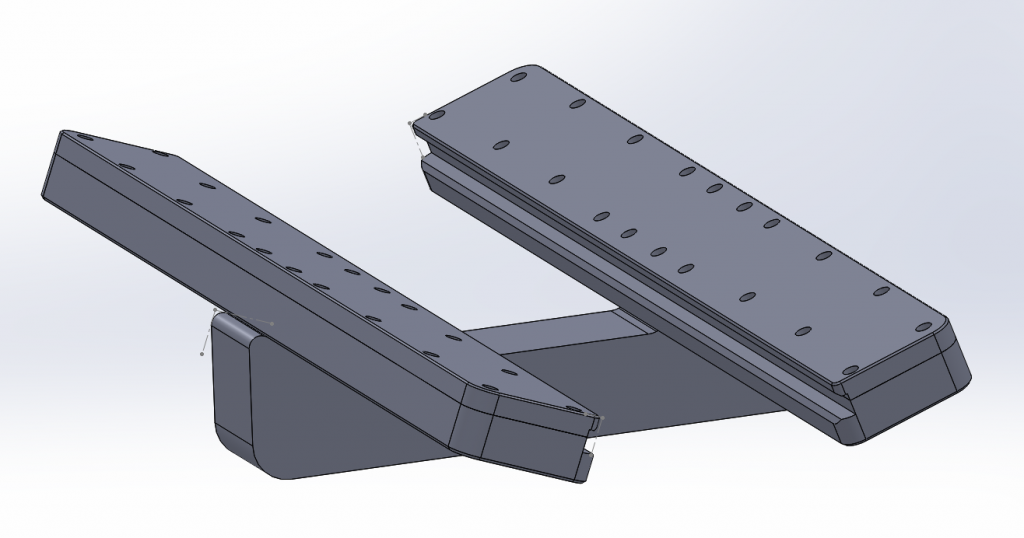 This was one of the first projects I did on the new Tree Journeyman 325 CNC machine. I did a timelapse of the machining process. 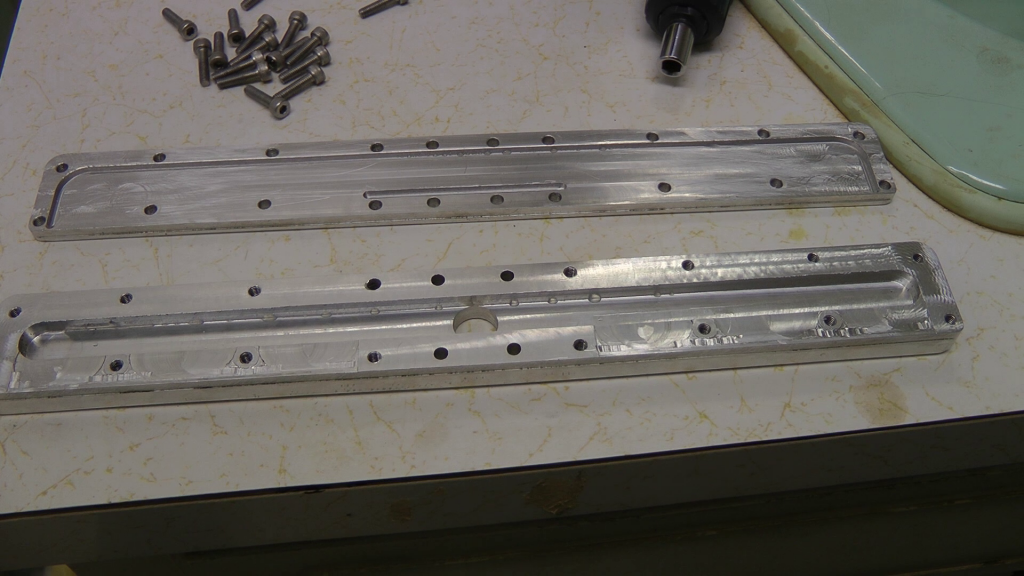 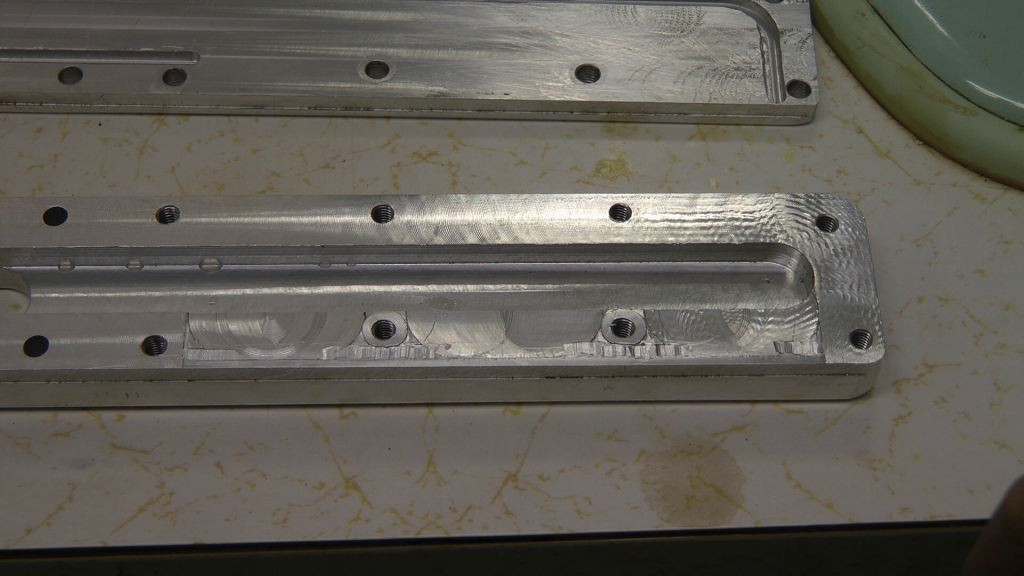 Initially the air nozzle gap was machined at 25um, but this turned out to be too small, and resulted in inconsistent airflow over the width of the nozzle, likely due to slight variations in the cutter height over the width of the gap. This was then increased to 100um, which appeared to work well while testing the dryer on the shop air supply with normal compressed air fittings. The dryer was then installed onto the wall.

Initially a foot operated pneumatic valve was tried, but was found to be far to restrictive to airflow, resulting in almost no output. Proper valves that pass enough air were found to be far too expensive, so a  3/8″ solenoid valve was installed, which solved the airflow problem. 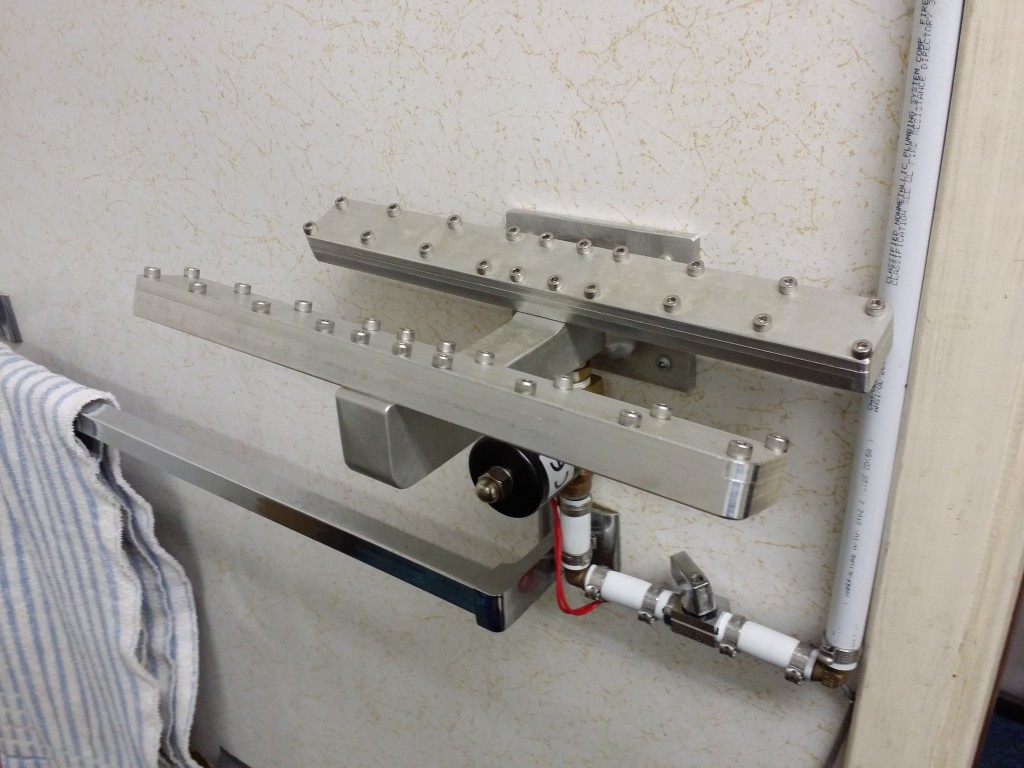 With the dedicated air supply line and free flowing solenoid valve, the dryer was found to be far too powerful and was unpleasantly loud compared to earlier testing. The restriction of the typical M connector used on the shop air line was significantly reducing the pressure to the dryer. More experimentation and re-machining the prototype unit showed that an air gap of 50um was appropriate, and this modification was made on the dryer, as well as the installation of an adjustment valve shown on the air line feeding the dryer.

The dryer is as effective, if not more so, than the Dyson Airblade thanks to the very strong airflow provided by shop air pressure. Sound is comparable with the adjustment valve set to a level that approximates the effectiveness  of the Dyson. With the valve up all the way, drying is significantly better than the Dyson at the expense of noise. Air consumption does not seem to vary much, as higher flow rates allow you to move your hands through and complete drying faster which compensates for the higher airflow rate. This unit is also far cheaper, costing only about $50 in materials compared to ~$1.2k for a Dyson Airblade.

One issue left to be addressed is ensuring safety with high pressure air near skin. An open skin wound could allow a jet of compressed air under the skin with unpleasant results. The solution is to keep the hands from contacting the nozzle directly. An attempt was made with simple protrusions from the nozzles but these caused problems with airflow. The final solution is likely a wire mesh screen of some sort.

If there’s enough interest in this project, I could do a Kickstarter and make a small run of them. Let me know!